In its 10th year, the 2022 IAPCO Innovation Award recognises and celebrates creative organisations that are at the forefront of innovation, helping to raise the standards of professionalism across the meetings industry.

Create your own user feedback survey

The submission needs to include:

The IAPCO Council will judge the entries, based on the written submission noting the degree and complexity of the challenge and the outcome of the innovation.

Those shortlisted (maximum 3) will be invited to attend the IMEX Frankfurt Gala Evening (2 tickets per entry) where the winner will be announced. 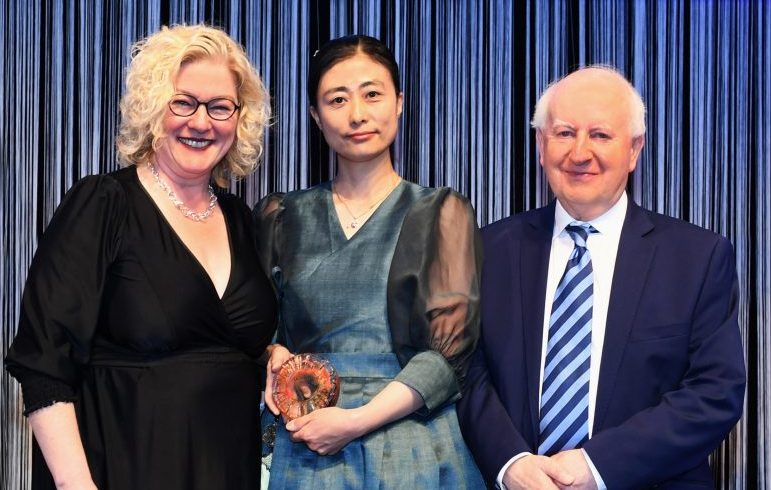 For Ms Hyojung Ok’s use of innovative digital technology to deliver a flawless carbon-neutral event to a virtual audience at the P4G Summit in Korea in 2021.

Established in 2003, EZpmp is a leading PCO in Korea with a solid track record of achievements in promotional events, exhibitions and conventions with digital solutions. It also provides creative and latest IT and meeting technology such as AR, and holograms for a new digital era.

Partnering for Green Growth and the Global Goals 2030 (P4G) was the first multilateral environmental event to be hosted by the Korean government. The virtual summit brought together government representatives and international organisations to focus on the theme of ‘Inclusive Green Recovery Towards Carbon Neutrality’. The summit was delivered virtually using 5G wireless technology so online security was a significant consideration and all systems had to be vigorously tested for seamless and stable operation.

In the spirit of inclusivity, innovation, and sustainability, the video summit used real-time augmented reality to provide delegates with an immersive experience while showcasing Korea’s culture and natural habitat.

The Award was presented by Sarah Markey-Hamm, IAPCO President-Elect, who said: “Digital innovation is the silver lining of the adverse conditions our industry endured these past years. Our members had to demonstrate creativity to overcome the challenges of meeting virtually. ezpmp is a prime example of what can be achieved today. Whilst I must admit it feels so good to be back meeting in person, the knowledge and development that took place in the digital space opens up new perspectives in terms of inclusivity and accessibility.”

The winner of this award will be invited to speak at the 53rd IAPCO Annual Meeting and General Assembly in Jerusalem in February 2023.

Jakel Lin with the GIS Group

Created a successful hybrid experience that will become a benchmark for hybrid congresses in the future. The perfect use of technology – including holograms – combined with a well-designed programme created the perfect engagement experience for both in-person and virtual audiences. 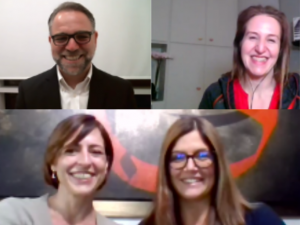 The winning team introduced web TV to their clients’ congress to broaden the reach of its high-quality scientific content.

Announced at the impressive IMEX Gala Evening in Frankfurt, Christophe Painvin was delighted to accept the award on Elvire’s behalf, presented by Mathias Posch IAPCO President.

For the 3rd EcoMobility World Festival in Kaohsiung City, Taiwan, the awardee transformed a local neighbourhood into an ecomobile community – a live demonstration of how to create an urban transportation culture within a historic neighbourhood. In addition – through effective storytelling – children were educated on the benefits of ecomobility. Creating a true legacy, the green transportation introduced continues to be used in Kaohsiung City.

The results were close and both runners-up deserve recognition for their innovative concepts around meeting design: Rosa Garriga Mora, Kenes Group and Christina Gotze, Congrex Switzerland.

Announced at the impressive IMEX Gala Evening in Frankfurt and presented by Jan Tonkin, IAPCO President, the award was accepted by Corne Koch of Wesgro Convention Bureau on Elizabeth’s behalf.

Elizabeth’s award-winning innovation was a “standing discussion”, a session, which took participants out of their comfort zones and brought them together to share ideas in a lively, structured discussion. Experiences and knowledge were shared, and new ideas were sparked, as all corners of the session topic were explored. The bonus connection of improved cognition and physical movement to strengthen learning, improve memory retrieval, and enhance motivation and morale was not missed by the participants who scored the sessions highly when surveyed post-conference.

Elizabeth stated: “Being innovative does not necessarily imply being an inventor, we suggest it implies assessing a situation, a need, an audience and crafting a concept in order to shape a solution. This is an example of that.”

Jan Tonkin, President of IAPCO, presented the Award at the IMEX Gala evening. Yoshihito’s innovation was an app, which streamlined the process of participant attendance for lunch seminars. This ensured that there were none of the dreaded queues and delegates could check availability for the seminars in real-time, all with the added bonus of being completely paperless.

The first winner of the inaugural IAPCO Innovation Award was announced at the IMEX Gala Evening at Frankfurt Opera House in May 2014. The new award for PCOs attracted numerous applications, and the three short-listed nominees were presented by Council to the audience at IAPCO’s Annual Meeting in Lisbon, for delegates to vote on the nominees’ innovative ideas, implementation, and successful contributions to their companies.

In addition to Andrew, and his work on virtual meetings, the short-list included Magdalina Atannassova, of AIM Group Bulgaria, for work involving social media, and Dohyun Kim, of MECI Korea, who worked on public relations strategies. All three candidates showed very high levels of understanding of the meetings business, along with a great capacity for integrating innovative solutions.

Andrew said on his win: “I could not be more delighted. It was a real honour just to be shortlisted, but to win… was something I only dreamt of. It is fantastic recognition.”