The eighth IMEX America which closes today set a series of new records.

The largest ever IMEX, expanding into an additional hall, created space for over 3,500 exhibitors representing 150 countries. A significant factor in this growth was the arrival of more than 60 new booths while 81 booths took larger spaces.

Extending into a third hall has benefited the show in many ways. Carina Bauer, CEO of the IMEX Group said; “It’s allowed the investment made by exhibitors in colorful, creative booths to shine through. Many have chosen to immerse IMEX America attendees in their culture, legacy and values.”

“Also, the Inspiration Hub, the Live Zone and the food court are now on the show floor, bringing everything together in one place.”
A record of over 13,000 participants took part in the event, and among them were 6,000 plus attendees including more than 3,300 hosted buyers. Over 70,000 appointments were made, including 64,000 individual appointments and booth presentations – an increase of 7 per cent. In addition, 70 per cent of appointments had RFPs attached.

The show this week also further expanded the range of its features. By offering a remarkably large and diverse range of experiences, it met the growing demand for interactive live experiential activities that are redefining the scope of the industry itself. From C2 International’s Cloud Lab and the wide variety of engaging concepts in the Live Zone to the Zen Space and trying out event technology in the Tech Zone, there were new experiences right across the show floor.

Landmark week for the industry

“This has also been a landmark week for our industry” said IMEX Group chairman Ray Bloom. “Yesterday’s announcement at IMEX America that globally, business events generate over $1 trillion in direct spending, matching the consumer electronics sector in size, puts its economic contribution into clear perspective and places it among the world’s leading business markets.

The Association Leadership Forum, created by ASAE, brought together over 120 association CEOs and executives on Monday while the Executive Meeting Forum for corporate meetings strategists attracted 40 senior executives from companies including EY Group, McDonalds and Wells Fargo.

Together with the SITE Young Leaders Conference, these events on Smart Monday drew more than 1,000 meeting professionals to the show for this day dedicated to learning.

At the first MPI keynote Julius Solaris, editor of Event MB shared fascinating and often moving revelations around legacy, with excerpts from “The Power of Events – 29 Inspiring Examples to increase the Impact of Your Events and Create a Long-lasting Legacy” – an extensive IMEX research report produced by Event MB. The new white paper, published in association with ProColombia, is now available to be downloaded at https://eventmb.com/PowerOfEvents. Interest in this has been remarkable – the report has been downloaded by more than 1,600 people.

The legacy theme, the IMEX Talking Point for this year, was also reflected in education sessions, through many sustainability and CSR initiatives, in the Future Leaders Forum and particularly by the Legacy Wall on the show floor where exhibitors, partners and IMEX staff shared their stories and thoughts about their legacy.

IMEX America maintained its commitment to reducing waste and supporting the local Las Vegas community. The show encouraged participants to avoid single use plastic products, to make use of water refill stations, to donate books to a local literacy project and to build hygiene kits for Clean the World.

The focus on health and wellbeing continued with the annual #IMEXrun, guided meditation sessions led by mindfulness expert Lee Papa and, new this year, through the Caesars Forum Walking Challenge by Heka Health, encouraging attendees to count their steps.

The education program also achieved several new records. 256 education sessions delivered by 150 speakers, equal numbers of men and women, took place during the week, of which 96% were assigned with CEs for CMP certification, the highest ever percentage.

IMEX America is widely known for its networking opportunities. More than 30 IMEX and partner events including Association Evening, Site Nite North America, MPI Foundation Rendezvous, the EIC Hall of Leaders Reception and Shamrock Invitational Golf Classic brought thousands of people together as well as raising hundreds of thousands of dollars for industry foundations.

Ray Bloom added, “I’d like to thank all our industry partners for their continuing support. This has been a tremendous week for business, for the industry and for the future of meetings and events. The worldwide industry has been in Las Vegas this week and I look forward to welcoming everyone back to Sands Expo again in just 11 months – IMEX America will take place on September 10 – 12 in 2019 and in 2020 from September 15 – 17.” 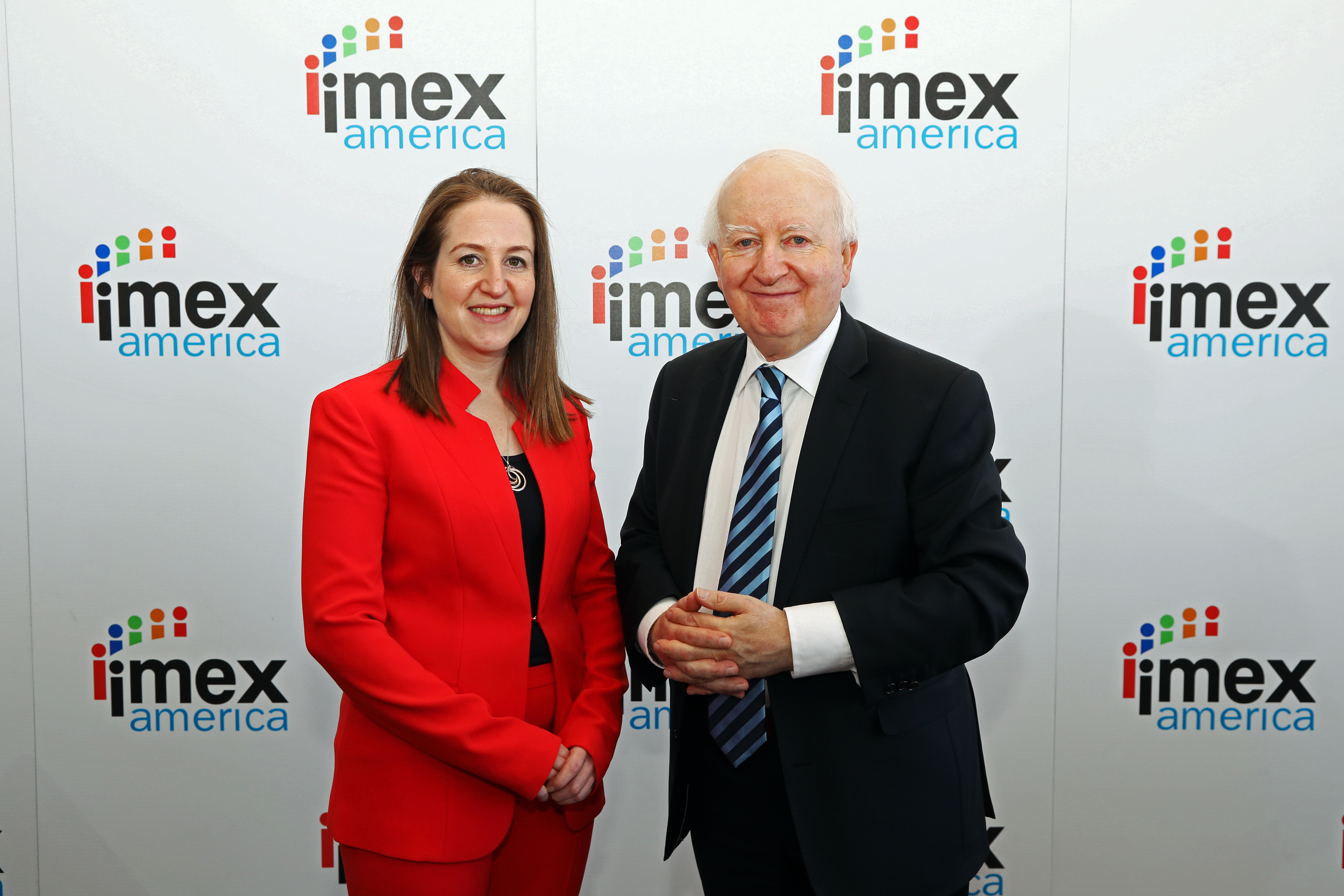