The Rotary International Convention, one of the world’s most prestigious international congresses, is taking place in Hamburg from 1 to 5 June 2019 and more than 15,000 members have already registered to attend.

The Rotary International Convention will be held at Hamburg Messe next year and is set to attract around 25,000 delegates to Germany’s second largest city. Tours of the city – by bus, boat and on foot – have been organised to showcase the city’s sights including the new Elbphilharmonie concert hall, picturesque Alster Lakes and the Beatles heritage of the St Pauli district.

The Hamburg’s Host Organisation Committee (HOC) attended this year’s Rotary International Convention held from 23 to 27 June in Toronto, Canada, to present the city as host destination for 2019. As a result, more than 15,000 Rotarians registered during the Toronto event – a higher number than expected.

Michael Otremba, managing director of the Hamburg Convention Bureau (HCB) is thrilled with the strong interest in Hamburg: “We initially expected some 25,000 Rotarians to sign up for the 2019 conference – I am very excited to see that even one year ahead of the event there is a very pronounced interest among our international audience. This is fabulous, and it fills me with confidence that we might even exceed our ambitious target with regard to participant numbers. The Rotary International Convention is an event at a Champions League level that will attract international attention to Hamburg as a destination and an event location.”

A large-scale visualisation of the Elbphilharmonie and other impressive picture material from Hamburg transformed the city’s exhibition stand in Toronto. Andreas von Möller and Holger Knaack, co-chairs of the HOC, as well as 70 other German Rotarians, were at the event to represent Hamburg’s host committee. “The atmosphere on site was characterised by the international Rotarians’ anticipation and enthusiasm for Hamburg. We really look forward to 2019,” they said.

The HCB and the representatives of the local Rotary District laid the foundations for Hamburg’s winning bid – through close cooperation, systematic preparations, professional organisation as well as personal support during the inspection visit of the Rotary delegation, which comprised several Rotarians from different countries. Following an 18-month application period, the decision for Hamburg was made in June 2015. Rotary conventions are attended by Rotarians and guests from some 180 countries. The conventions bring together people who share the same values and who collaborate on service projects aimed at improving the world as a whole.

The Rotary International Convention has launched a video showcasing Hamburg as the host city for next year’s event: https://vimeo.com/242312663 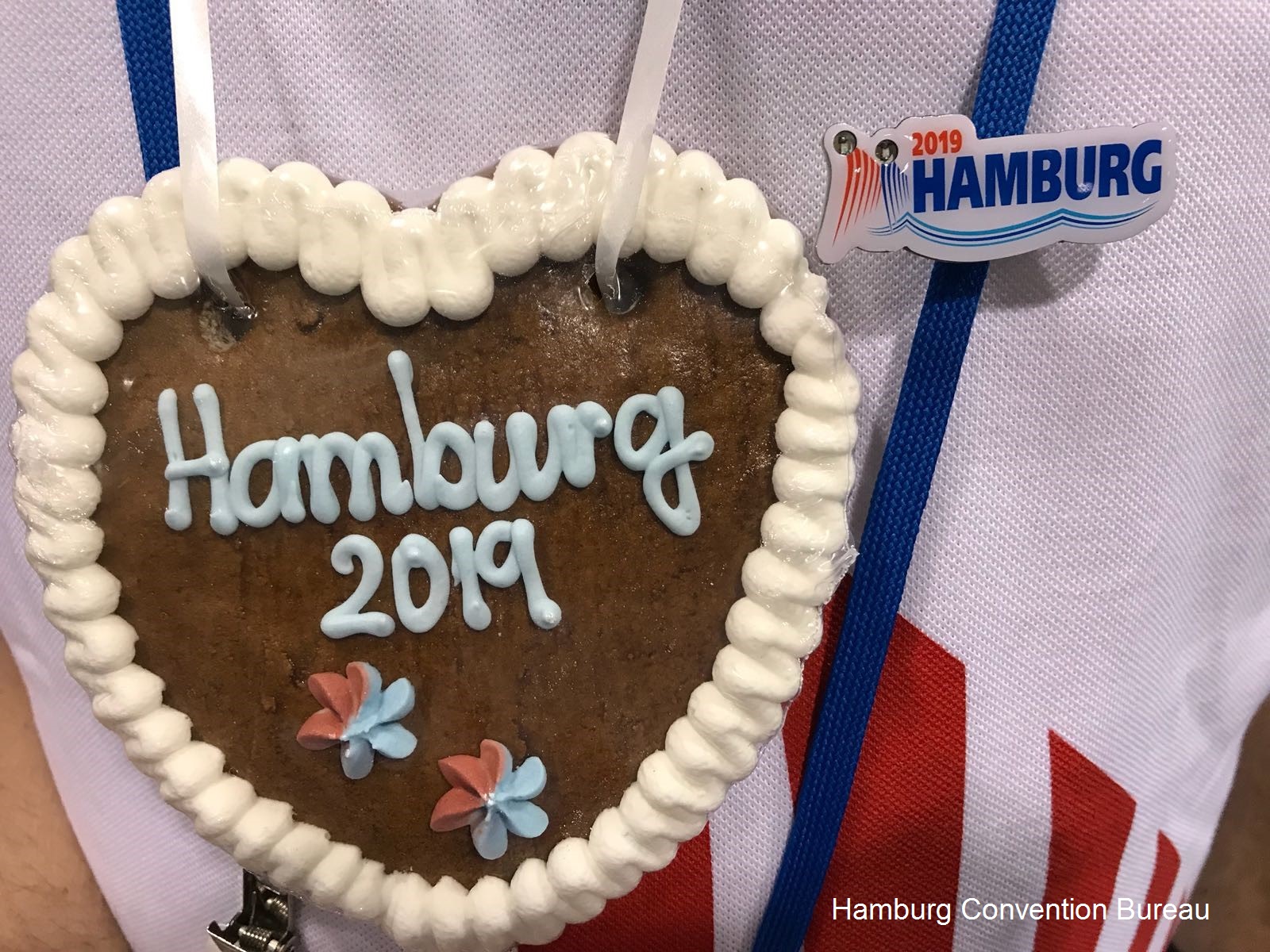