Emirates and Trenitalia (Italy’s national railway company) recently announced a new codeshare agreement. With just one ticket, travellers will be able to fly on Emirates and reach some of Italy’s towns using high speed, modern and comfortable trains that leave from Emirates’ four Italian gateways – Bologna, Milan, Rome and Venice.

Customers can book their codeshare trips on Emirates’ website for travel to and from the destinations listed, all on a single ticket. First Class and Business Class passengers will automatically be booked in First Class on board Trenitalia’s trains.

Train stations included as part of the Emirates – Trenitalia partnership are: 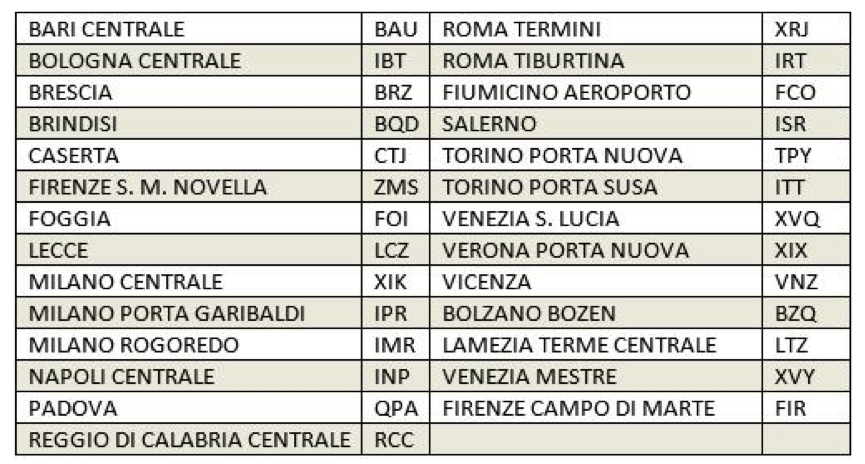 Emirates customers will be able to board Trenitalia trains directly without the need to exchange their boarding pass for a separate ticket. As with their flight, they will be assigned a seat number and car number which will be on their e-ticket.

Trenitalia tickets will be booked in the class that matches the class of travel on the Emirates ticket. Depending on the type of train, on Trenitalia these range from Executive, Business and Premium to Standard. Passengers travelling in Emirates First Class and Trenitalia Executive Class will also be able to access, where available, the lounges of each partner by presenting their boarding passes

Emirates’ baggage allowance will also apply for train journeys, as well as baggage dimension restrictions. Customers will need to collect their checked bags from the arrival hall at the airport and take them to the train station.

Generous connecting times (generally in excess of 3.5 hours) are shown for the journeys we checked. Arrangements for transfers between train and plane are as follows. 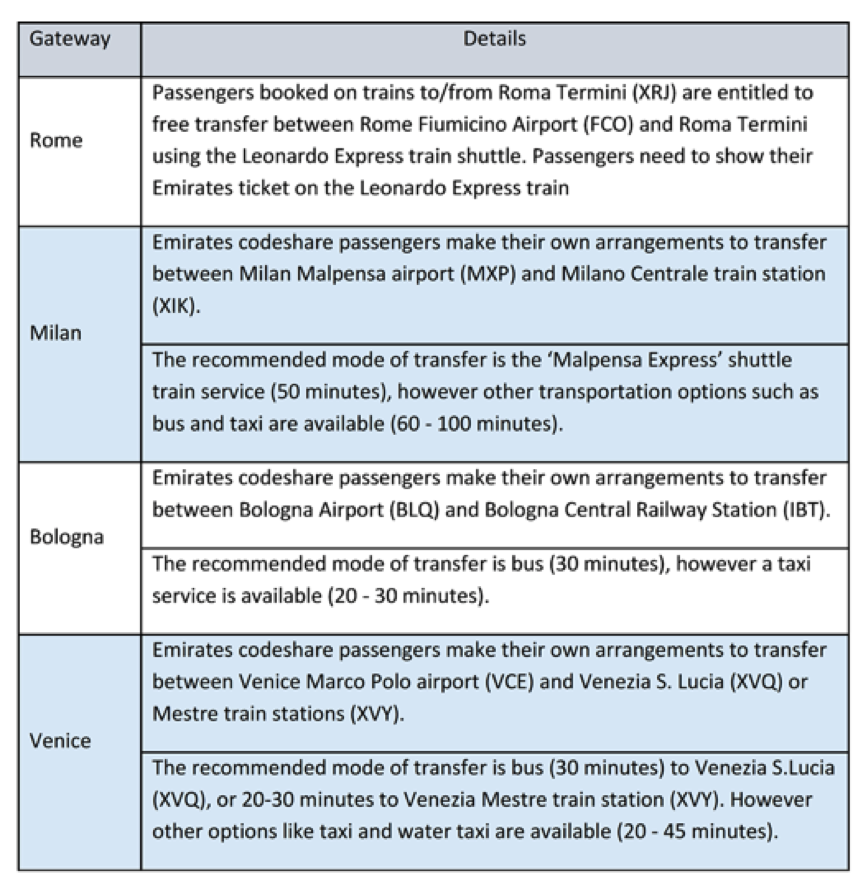 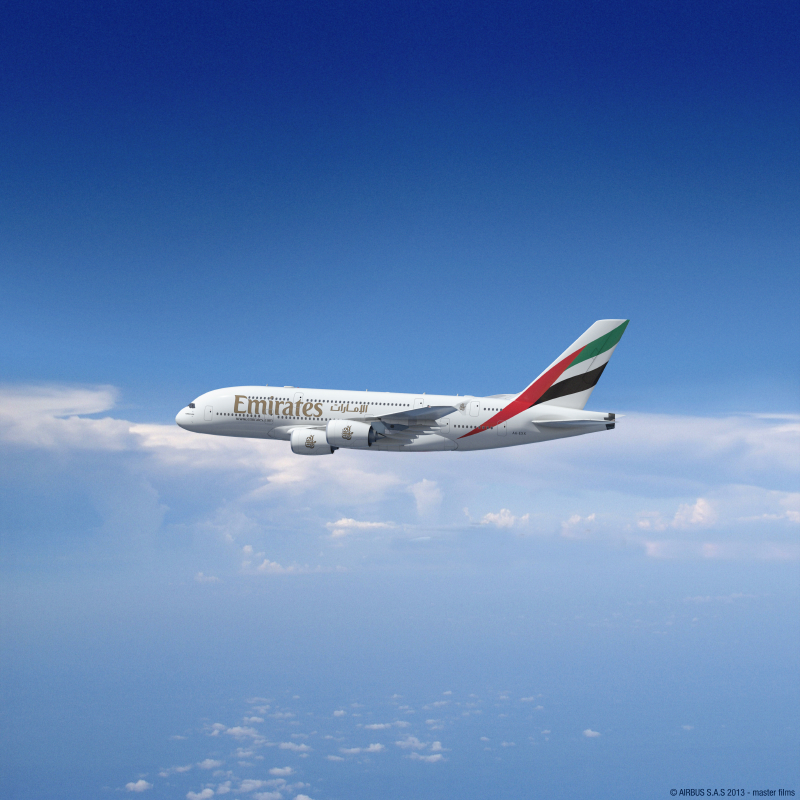