The city on the river Rhine has hosted numerous international congresses this autumn, including the European Congress of Pathology which was staged in the Congress Center Basel from 3 to 7 September 2022. And what was particularly gratifying was that, despite the conference being held as a hybrid event, almost 4,000 participants were welcomed in Basel in person.

Basel is Switzerland’s third-biggest city and has 200,000 inhabitants and a surface area of 37 km2, it boasts a vibrant social and cultural life and has one of the world’s most productive economies. The appeal of this region lies both in its unique position at the point where three countries meet – offering direct access to all the key transport routes and the world’s oceans – and in its long tradition as a science and research location. It is thus hardly surprising that those in charge opted for the city.

The choice also fell on Basel, however, because the Congress Center and Messe Basel are located in the heart of the city, offering participants a high-quality stay. As Raed Al Dieri puts it: “Participants can reach the Congress Center in 5 – 10 minutes on foot or by public transport, giving us some exercise while ensuring we are environmentally friendly at one and the same time.” Apart from an opening ceremony introducing participants to the customs of their host country, attendees benefited from no fewer than 177 live sessions. The ECP thus once again cemented its status as the most important European event within its specialist area.

Jonas Scharf, Head of MCH Venues which includes the Congress Center and Messe Basel, is also looking forward to the ECOC: “Such eminent events help us to further consolidate our position as a centre of knowledge and innovation.”

Your advantages at the Congress Center and Messe Basel

When you hold an event in the Congress Center or at Messe Basel, you are booking a great deal more than just a well-equipped location. You also benefit from the following advantages:

Visitors at the exhibition site (annually): up to 1 million

Rooms at the Congress Center: 25 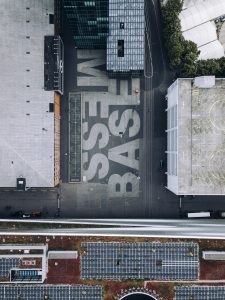 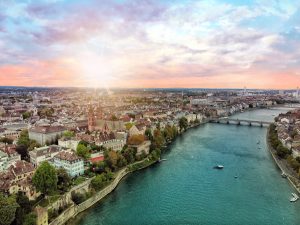 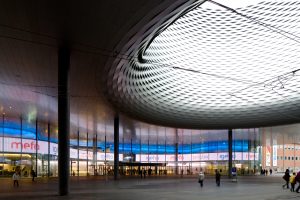 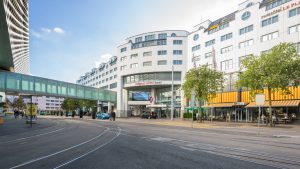 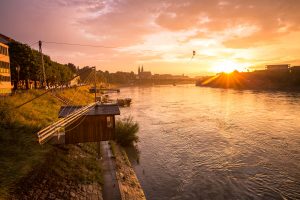 Der Rhein ist Lebensader und Naherholungsgebiet, er inspiriert die Menschen, das Geschehen und die Architektur der Stadt.
///
The Rhine is the artery carrying the lifeblood of the city, it provides recreation, inspiration and has moulded the history and architecture of the city. 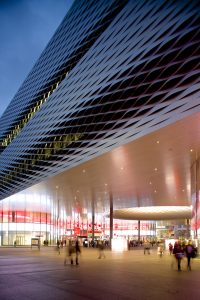 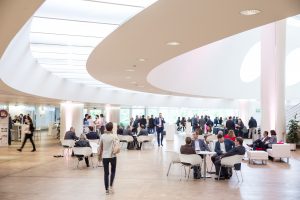 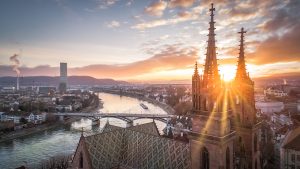