The event spanned 2 venues, one in Sendai, Miyagi in Tohoku where seminars, panel discussions and award ceremonies took place onsite, and the other in Nihonbashi, Tokyo, the site of the broadcast studio and keynote lecture. 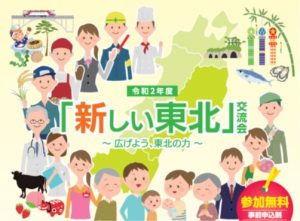 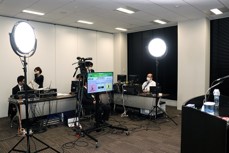 The convention’s theme was “Let’s extend the power of Tohoku.” Since 3.11, local governments, private companies, universities, NPOs and various organizations are, through diverse activities, proactively sharing knowledge and know-how accumulated over the past 10 years in the affected areas and collaborating to progress forward.

Just prior to the convention date, a major earthquake of Shindo (seismic intensity level) 6+ occurred offshore of eastern Tohoku, and Tokyo was in the midst of a state of emergency due to COVID-19, causing concern among all stakeholders.

Extra precautions and guidelines were set in place at the respective venues to be fully prepared, naturally including thorough infection prevention measures.

Congrès Inc., with many online events under its belt over the past year operating virtual and hybrid meetings & events despite the pandemic, smoothly and successfully operated the broadcasting and relay between the 2 venues.

Congrès is honored to play even a small role in the revitalization of Tohoku.